I love Emily's discovery of the joy of reading to babies.  And I especially like that it ends with her very new family's creation of their first family literary reference.

I came upon a discovery of my own this past week, thanks to a well-read customer.


Tiffky Doofky, the garbage collector, went his rounds in a jolly mood.  It was first-rate weather.  He planned to wind up work in time to get to the Annual Picnic of the Oil & Vinegar Club over in Moose Hollow.

.. and it's by William Steig, you know an adventure is about to happen.  That's what so many of Steig's books are: characters happily immersed in routine suddenly faced with the extraordinary.


The stink of garbage did not faze him.  He respected garbage.  The furniture in his home, the bed he slept on, the dishes he ate from, his footstool, his lamp, his umbrella, the pictures on his walls, all came out of the garbage.

A visit to the fortune teller Madam Tarsal shifts his world. 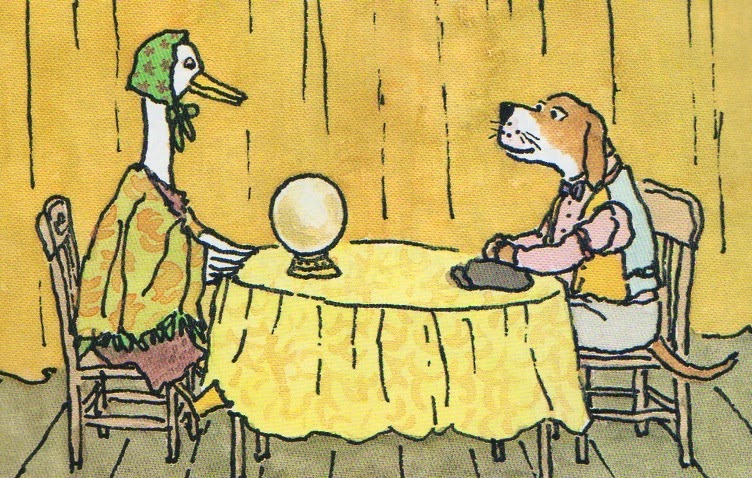 She predicts that he will meet and fall in love with his future bride before the sun goes down.  "Nothing you do can keep it from happening."   He's a happy guy, but also a dog: "Tiffky Doofky's tail whacked the chair he was sitting on." 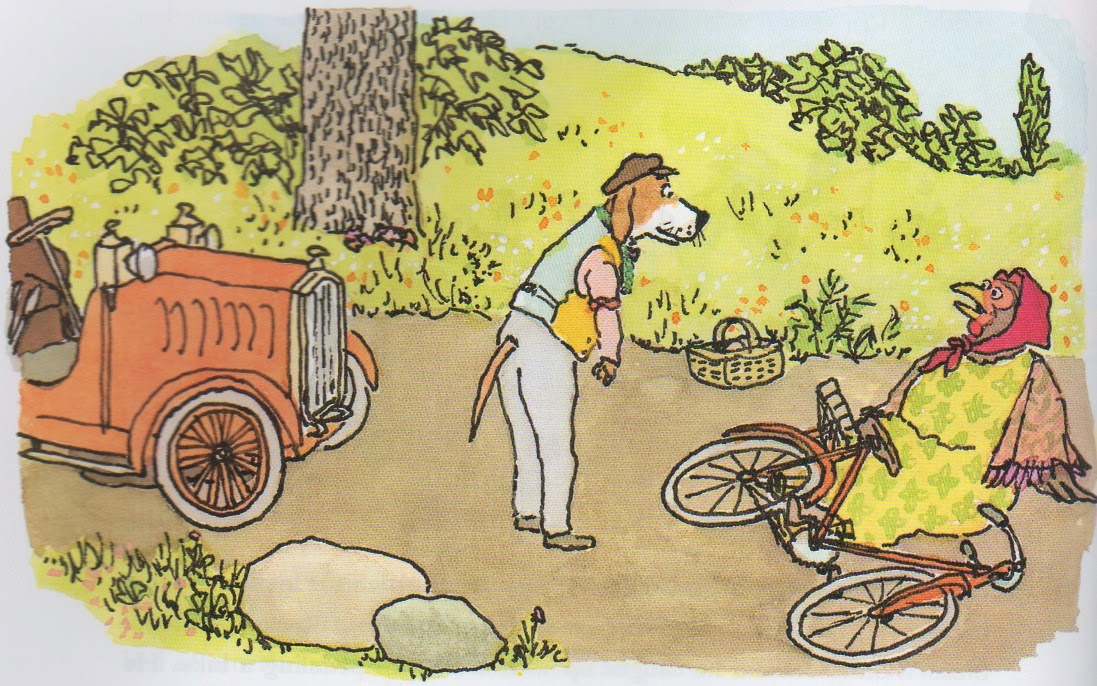 She then tells him to follow a magic arrow and he ends up lost in an enchanted world. Steig helps us out with a parenthetical:


(The old biddy was really a villainous witch who detested Madam Tarsal, her fellow fowl, and always tried to foil her fortunetelling.  As Tiffky Doofky ran after the arrow, she cackled with evil glee.)

The enchanted world frustrates the garbage man's quest: after a sequence of bad experiences, he falls from a cliff and meets a self-described lunatic with a butterfly net over his head.  All of a sudden, the enchanted world disappears and he's back on the road with his garbage truck.  Once again Steig takes us into parenthetical explanation:


(How the devil did this happen?  Well, the old biddy who had been holding him under a spell had to go home in order to lay an egg.  This egg demanded all her attention, and tired her.  So she turned herself into a pair of old sneakers, something she did now and then because she found it restful.  Tiffky Doofky had been forgotten, he was off the hook.")

Well, not quite.  Demoralized, he dozes off by the side of the road and is nearly strangled by a boa constrictor. An attractive female poodle arrives and shouts, "Dolores!  At ease!"  It's Estrella, a carnival snake charmer, and as the sun sets we have true love: 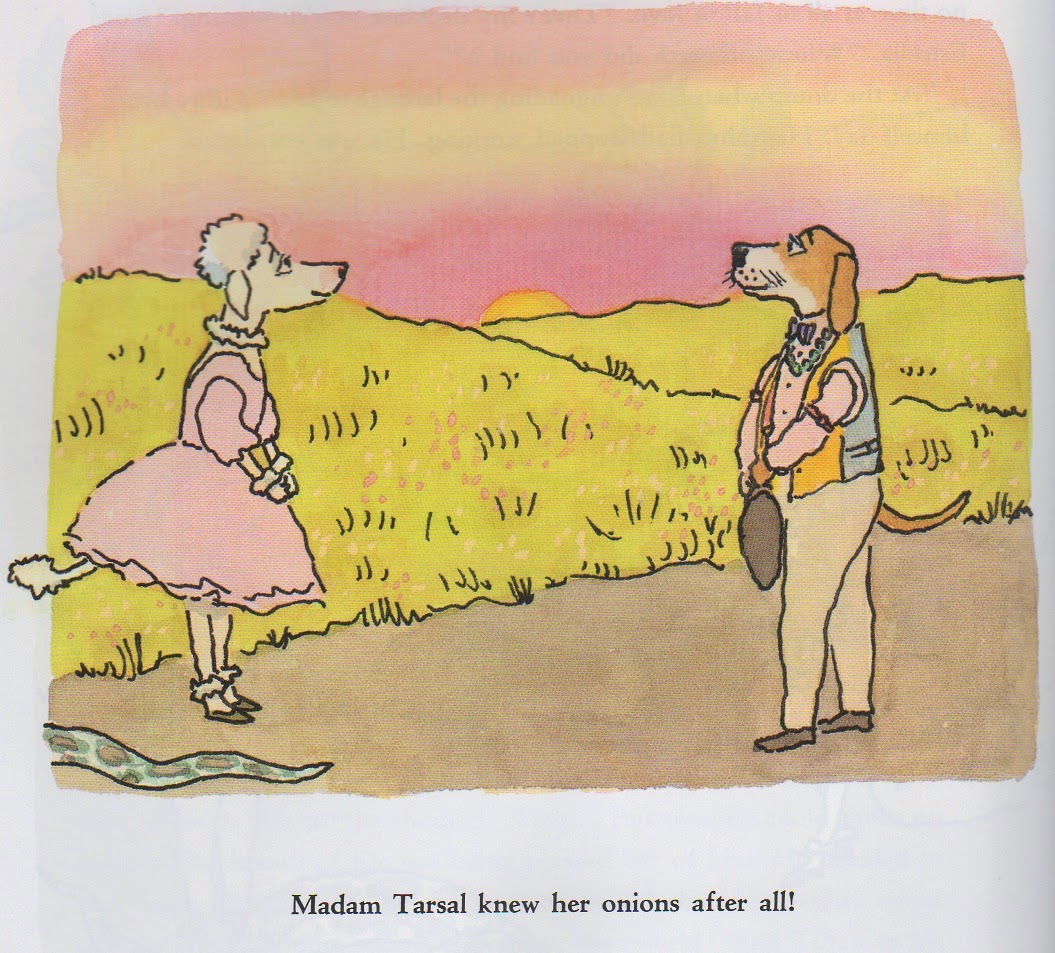 The book is titled, appropriately, Tiffky Doofky.  I learned about it for the first time last week, when a very engaging customer asked about -- it had been her son's favorite and she wanted it for her grandchild.   It's always a pleasure to find out about a good book that I can start carrying in the store.  And to find a hitherto unknown (to me) Steig is a special treat.

I love his meandering stories and his unassuming lovable characters.  So many of his details are perfectly placed.  A picture of the dump has a bucolic scene of sheep grazing in the fields beyond the stinking garbage.  When Tiffkey is lying at the bottom of the cliff, the dominant figures in the picture are four cows who "ambled by, nodding, chewing, and mooing."  Such a master craftsman.

Email ThisBlogThis!Share to TwitterShare to FacebookShare to Pinterest
Labels: Steig