You wrote recently about the recent recommendation by the American Academy of Pediatrics that parents read aloud to their children starting in infancy (yay, pediatricians!). My good friend Emily, who last guest blogged for us about grown-up poetry for YA readers, has been thinking a lot about this idea:

One of the hardest things for me as a new mother has been establishing so many new routines – for waking up, going to sleep, even for making my own tea in the morning now that I’ve got an infant attached to my hip – so when the American Pediatric Association announced its recommendation that infants should be read to from birth, I was overwhelmed. I could barely find time to do the laundry and now I should be reading to a being that can’t focus her eyes?

Lucky for me and my one month old daughter Alice, many wonderful friends gave us board books to celebrate her arrival. In search of a new reading routine, I put a few of them next to the rocking chair where I most often nurse, and a few more next to the bouncy chair where she sits in the morning, and waited for the right moment. 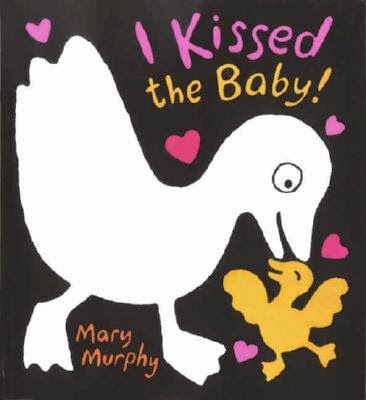 My first attempt was Mary Murphy’s “I Kissed the Baby,” a book Annie herself gave to us, which I read to Alice at six thirty am as she sat in her bouncy chair and I sat next to her on the kitchen floor. (Long story.) It was a hit! Four week old Alice seemed to be staring at the high contrast pictures -- or was she just gazing at the stripes on her chair? -- and the sudden, sing-song rhythm of my voice appeared to please her. After a few weeks of talking awkwardly about all the random events of the day – “Now I’m putting the sheets in the dryer!” – it was lovely for me to have Murphy’s lilting, warm-hearted text to work with. I ended up reading the book twice, once for Alice, who immediately drifted into a nap, and a second time for myself. 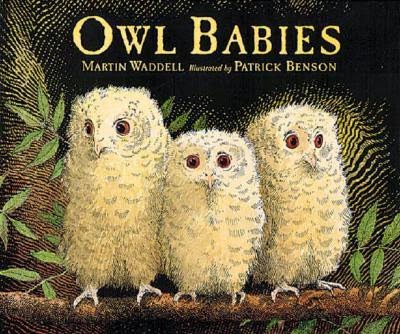 A few days later, I read “Owl Babies” by Martin Waddell and illustrated by Patrick Benson to Alice as she lay on my lap in the rocking chair after nursing. In it, a mother owl leaves her three babies while foraging for food, only to return -- surprise! -- in the end. Unmoved by the drama of maternal absence and return, and only vaguely able to focus on the expressive, high contrast faces of the three baby owls, Alice once again fell fast asleep. I was so happy reading, though, that I continued on through Susan Meyers“Everywhere Babies,” illustrated by Marla Frazee, and cried the whole time at the simple, loving text and diverse, beautiful families in the illustrations. Reading to infants, it seems, is perhaps more moving to mothers than to their charges.

There are several strains of books that Alice isn’t ready for, for instance the highly visual “Good Night,Gorilla” by Peggy Rathmann or the “Touch and Feel” sequence (we were given “Touch and Feel Kitten” and "
Touch and Feel Dinosaur”) that includes interactive panels (“Touch my ROUGH pink tongue”) fitting for babies who, unlike Alice, have control over their hands. That said, the sonically oriented books were perfect. I was initially concerned when Alice began freaking out during Sandra Boynton’s “Moo, Baa, La La La!” but it turned out she just had to burp. Stomach calmed, she once again perked up at Boynton’s appealingly rhythmic barnyard nonsense. In a few months, she’ll no doubt begin to appreciate Boynton’s charming drawings as well.

All told, I can now see why the APA might have made such a recommendation. (My wife, I should say, remains highly skeptical.) Though Alice herself is still mostly indifferent to literature, as a parent I really enjoyed reading to her once I’d figured out when and where it might be possible. I can also see how a board book or two attached to an afternoon nursing session might evolve into reading in the rocking chair before bed in a few months. Most lovely of all, though, I found myself repeating some of the refrains from our books from time to time, especially Mary Murphy’s “Of course I kissed the baby, my own amazing baby.” Perhaps the APA knew what it was doing after all.

As I've said many times in the last couple of months, Alice is a very lucky kid.