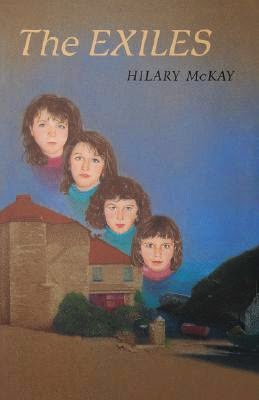 Heroines of the month: Penderwicks, Clementine, and Frances

We're coming out of a rough March, which culminated in a stomach flu that decimated Isabel's kindergarten class and knocked us for a loop. Through it all, we've continued to read up a storm. All three kids have gravitated recently towards reading and rereading of books with terrific, spunky heroines.

It's funny you should mention The Penderwicks in your last post. I tried reading it to Eleanor a couple of years ago, when she was still too young for it, then finished it myself and thought, eh, as you did. But Eleanor read it on her own last month, and liked it so much she asked me to read it to her again as a read-aloud. It's growing on me this time through. I like the variety in the characters of the sisters, who are Little Women-ish in some respects: Rosalind, the oldest, has a mothering/romantic Meg vibe; Skye, the second, is the rebellious one, and the one I suspect is author Jeanne Birdsall's favorite. But there the similarities begin to break down: it's Jane, the third daughter, who is the writer in the family, while Skye prefers to do math, and both are terrific soccer players. Batty, the youngest, is an animal-lover and wears butterfly wings everywhere. We've just gotten the second and third books from the library; I think we're hooked.

Isabel has for the first time found a non-graphic novel chapter book series she wants to read straight through: Clementine, by Sara Pennypacker. These books have just the right combination of elementary school suspense and relief. What will happen when Clementine cuts off her friend's hair (at her request) and then her own (to match) and colors both of their heads with marker? What will happen when she sells items that people in her building have given to charity back to other people in her building to earn money for a present for her mom?

Pennypacker's quirky sense of humor first jived with Isabel when you sent us The Amazing World of Stuart, and continues here. We never learn Clementine's little brother's name, because she refers to him by the name of a different vegetable every time he's mentioned (she got stuck with a fruit name, so why didn't he get a vegetable name to match?). In one book, Clementine goes on a shopping trip to an Asian grocer to look for new vegetable names: Mung Bean Sprout, Bok Choy. Clementine is a terrific artist, can do advanced math problems in her head, and really doesn't like pointy things. As a parent, I appreciate her family as well: Mom is an artist who wears overalls and tolerates a good amount of mess; Dad is the super of their apartment building in Boston, and they have a sweet, affectionate relationship with each other and their kids that reminds me of Anastasia's parents in Lois Lowry's series. Isabel's favorite so far is The Talented Clementine, which focuses on a talent show and Clementine's fear of having no stage-worthy talent. We have not been allowed to return any of these to the library, and our library shelf is pretty much glowing orange.

Finally, what does Will want every day? The Frances books! I wouldn't have picked these fairly long picture books for a two-year-old, but this is the kind of happy discovery that you get to make when your house is full of books for kids of all different ages at once. Will doesn't say "Frances," but refers to each of her books as "My book." (In the case of A Baby Sister for Frances, it's "My baby book.") He asks for them every day, morning, afternoon, and night. I think I could probably recite all of A Birthday for Frances from memory, and that is not a short book. I'm not sure how much of the story he's getting -- mostly, he likes to point to the characters and name them, and refer to any character who's shown smaller in the distance as "baby" -- but he wants us to read them, cover to cover.

We have read our four Frances books so many times over the last month that I went ahead and added a fifth to our bookshelves: Best Friends for Frances. My dim memory of the book was that it was about kids excluding each other because of gender, and I wasn't sure if I wanted to bring that idea into the house. Happily, the way Russell and Lillian Hoban handle the issue is lovely. Frances's best friend Albert does exclude her, first to walk around by himself and catch frogs and snakes, which she doesn't know how to do, and then to play baseball with another boy, who says it's a "boys only game." What I'd forgotten is that the story is largely about Frances realizing she can be best friends with her little sister Gloria. It turns out that Gloria knows how to catch frogs, and wants to play baseball, and the two of them get together a giant picnic and bring along two frogs in a jar, for frog races. The picnic basket attracts Albert, who realizes the error of his ways, and everyone ends up playing baseball together. The moral: anyone can be a best friend, even sisters. I'll confess that I've read the book a little louder, hoping my girls would hear it, too.