Funny you should be writing about the BabyLit books now.  Just last week a customer came in saying her 6 year-old insisted on being Anna Karenina for Book Character Day because she loved reading Will's favorite BabyLit book to her baby sister.  Go figure.

Hi, I'm back from a hiatus of sorts.  The always-interesting Cyd has sent us a question I couldn't resist.  Rebekah -- 7 years old?  almost 8? -- plowed through all of Harry Potter recently.  So Cyd wants to know:

...what to read next?  What can I give her that won't feel like a huge let-down after those enormous HP volumes, that fully realized world? It doesn't need to be fantasy - in fact, she's not particularly into fantasy - but I want something just as rich. I think of some of the things I loved at her age - Edward Eager, E. Nesbit, - but they feel so much less compared to HP. I think she's a little young for Cynthia Voigt; I have read her all of Frances Hodgson Burnett; I have read her all (yes, ALL) of Louisa May Alcott; I am reading her much of L.M. Montgomery. She really likes historical fiction and for Hanukkah I bought her a 30-volume set of My Story books, which is the British version of the My America books (which she had already ripped her way through), and they are decent books but they're not Harry.

When one's child is doing amazing things -- in reading or any other endeavor -- she doesn't have to have a steady diet of the same kind of amazing.  Just as adults vary what they read, kids like to do that too.  As you know, we read the unabridged Les Miserables to Lizzie (at her insistence) when she was in second grade.  The following year she fell in love with the Animorphs series and charged through about 12 of them before abruptly dropping them and moving on to other things that I'm sure her parents liked better.  Variety is a great thing in all our lives.

So Cyd, I'm interpreting your query as looking for good stuff Rebekah can immerse herself in next.  So here are a bunch of authors worth sampling.

These four, like J.K. Rowling, wrote series in which one returns to beloved characters in successive books, seeing how they're growing up and their worlds are changing.

Hilary McKay wrote Saffy's Angel and its sequels.  Plots and themes abound in these books, but what makes them special is the four children of the eccentric Casson family.  One goes on to book after book to find out how these friends are doing.

When it came out, I wasn't immediately taken with Jeanne Birdsall's
The Penderwicks.  It felt like it was trying a little to hard to have an old-fashioned feel: a family of four girls (oh. you probably already know this one, Cyd) having wholesome adventures on summer vacation while still missing their dead mother.  But talking with kids over the years, and seeing how many come back for the sequels -- #4 is due out on Tuesday -- has changed my mind.  I gave an advance copy of the book to a wonderful family one of whose children dressed at The Penderwicks: the book for Halloween.  They talked with me about the excitement of opening the book and catching up with the characters, who are now old friends.  It sounded so much like our family's experience with the Harry Potter books -- it was really moving.

Madeleine L'Engle's Wrinkle in Time and sequels has more of what Cyd calls the "fully realized world."  You did a lovely blog on them here.

Arthur Ransome's Swallows and Amazons books feature children from three different families who have summertime adventures in England and Scotland in the 1930s.  They have everything to do with kids and boats and elaborate games of imagination.

I would encourage Cyd and Rebekah to pick up E. Nesbit and Edward Eager again.  They're both delightful, and they spend a lot of time -- with a heavy dose of humor -- on siblings in large families.  Eleanor loved the Half Magic series almost four years ago, but if she were to revisit those books now, she'd get lots more out of them.  Just as Rebekah may end up with the thrill of discovery all over again if she picks up Harry Potter when she's 12.  E. Nesbit is viewed as a seminal writer of 20th century children's literature because she wrote about realistic relationships among family members.  My favorite of her magical books is Five Children and It, in which everything that can go wrong with a wish does.  But the one our entire family loved best was
The Railway Children, the story of city children who move with their mother to the countryside after their father is falsely accused of spying.

The Prydain Chronicles -- starting with The Book of Three -- by Lloyd Alexander could be a lot of fun for  Rebekah.  They're loosely based on Welsh mythology.  Harry Potter incorporates elements of lots of mythology of the British Isles -- she might find some familiar stories.  The current Book of Three paperback has a scary image that I've found turns some kids off.  The book isn't as creepy as the picture.

Moving closer to the twenty-first century, I suspect Rebekah would connect with Sharon Creech's books.  Walk Two Moons is her best-known, and spectacular -- it has a lot to do with characters telling each other stories.  Mona and Lizzie's favorite was Bloomability, about a lower-middle class girl who ends up in a Swiss boarding school for a year, completely out of her element, and figures out what's important in people and in life.

And last, there's some contemporary historical fiction.  Has Rebekah tried any books by Karen Cushman yet?  Here's a complete list: most of them are set in medieval or Elizabethan times.  She's probably best known for The Midwife's Apprentice, which won a Newbery medal.  Most of her main  characters are children who have been rejected by the people who should be caring for them.  They learn to make their own way in the world, often with the help/supervision of unlikely adults.

I hope there are some surprises in this list.  Enjoy!

Cute for grownups -- but also for kids?

Among the many kinds of board books out there in the world, one of my least favorite has always been the Cute for Grownups board book. You know the kind I mean: books which feel like they were written to be marketed to the hip friends of new parents who will pick them up at the counter of a trendy gift shop on their way to a baby shower. These are the books that a browsing shopper might find chuckle-worthy in the moment, but they're not really for children.

I'm talking about titles like the Baby Be of Use series, or the nine book series which started with
Urban Babies Wear Black. And of course there's Go the Fuck to Sleep, which made the rounds a few years ago, and for which you had much less patience than I.

I've been given a few of these types of books over the years, and have quietly deep-sixed them before having to run the risk that a child will get attached to one and I'll have to read it aloud twelve thousand times while feeling vaguely annoyed.

So when my mother (your sister, and generally a terrific judge of children's literature) bought us a board book version of Anna Karenina, I was skeptical.

In the BabyLit series -- of course it's a series -- Jennifer Adams and Alison Oliver reimagine a number of classic works of literature as concept board books. Anna Karenina is "A Fashion Primer," and introduces dress and accessories vocabulary; Wuthering Heights is "A Weather Primer," using direct quotes to illustrate the various kinds of weather Heathcliff and Catherine are exposed to ("Breezy," "Stormy"); Frankenstein is an "Anatomy Primer."

Despite my misgivings, Will fell in love with Anna Karenina immediately. I think the attraction resides in part in Oliver's illustrations, which are attractively blocky and colorful. Will's love of dress-up, which he shares with his older sisters, may also play a part.

In the last year, I've read a number of the BabyLit titles in stores and at friends' houses (suddenly, they're everywhere!). I've found them a little uneven in quality -- some are spot-on, both funny for the grownups reading them and interesting for the kids, some less so.

Hands down, my favorite is Pride and Prejudice: A Counting Primer. Here's the entire text, with a couple of illustrated pages to give you the flavor: 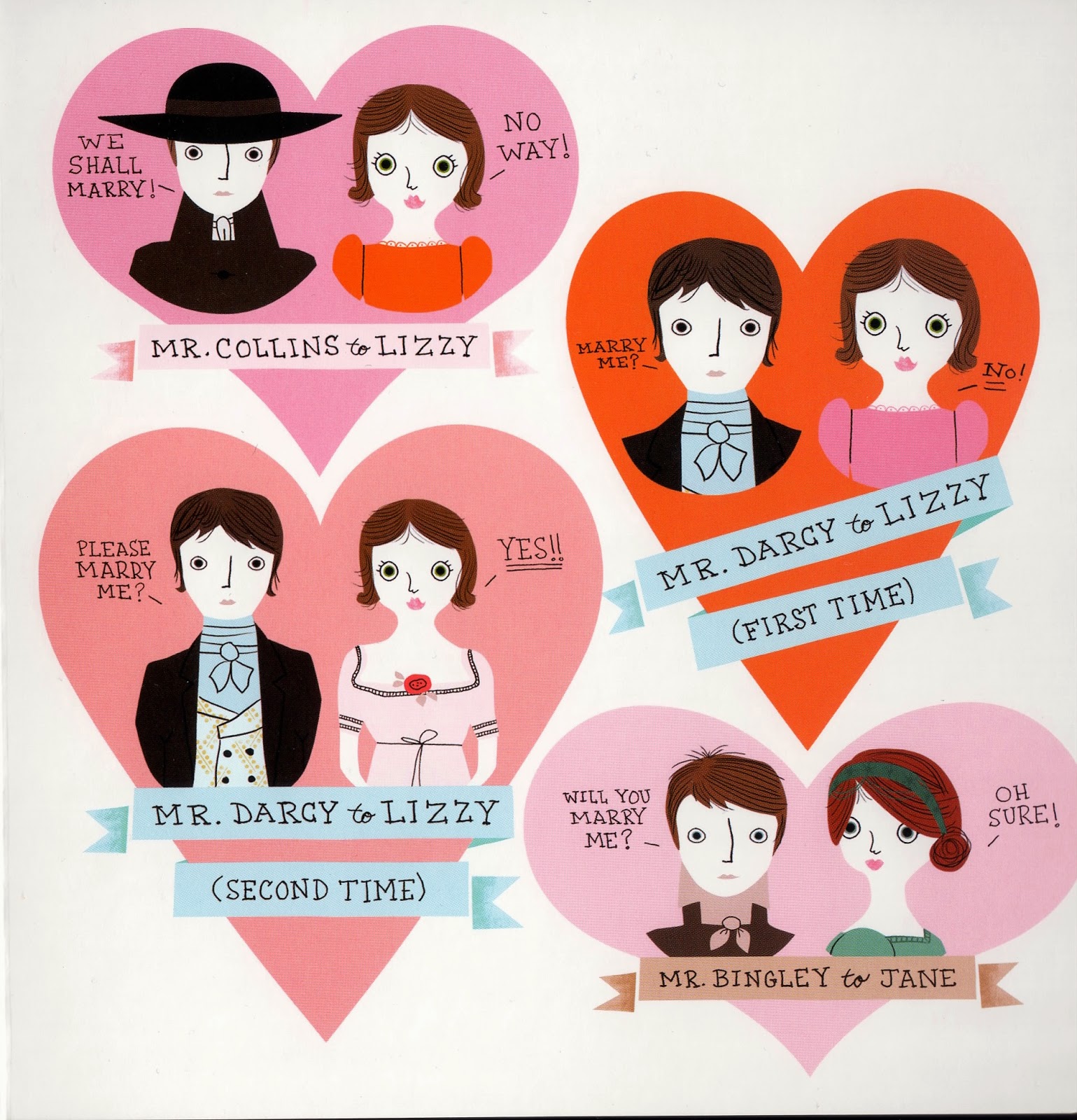 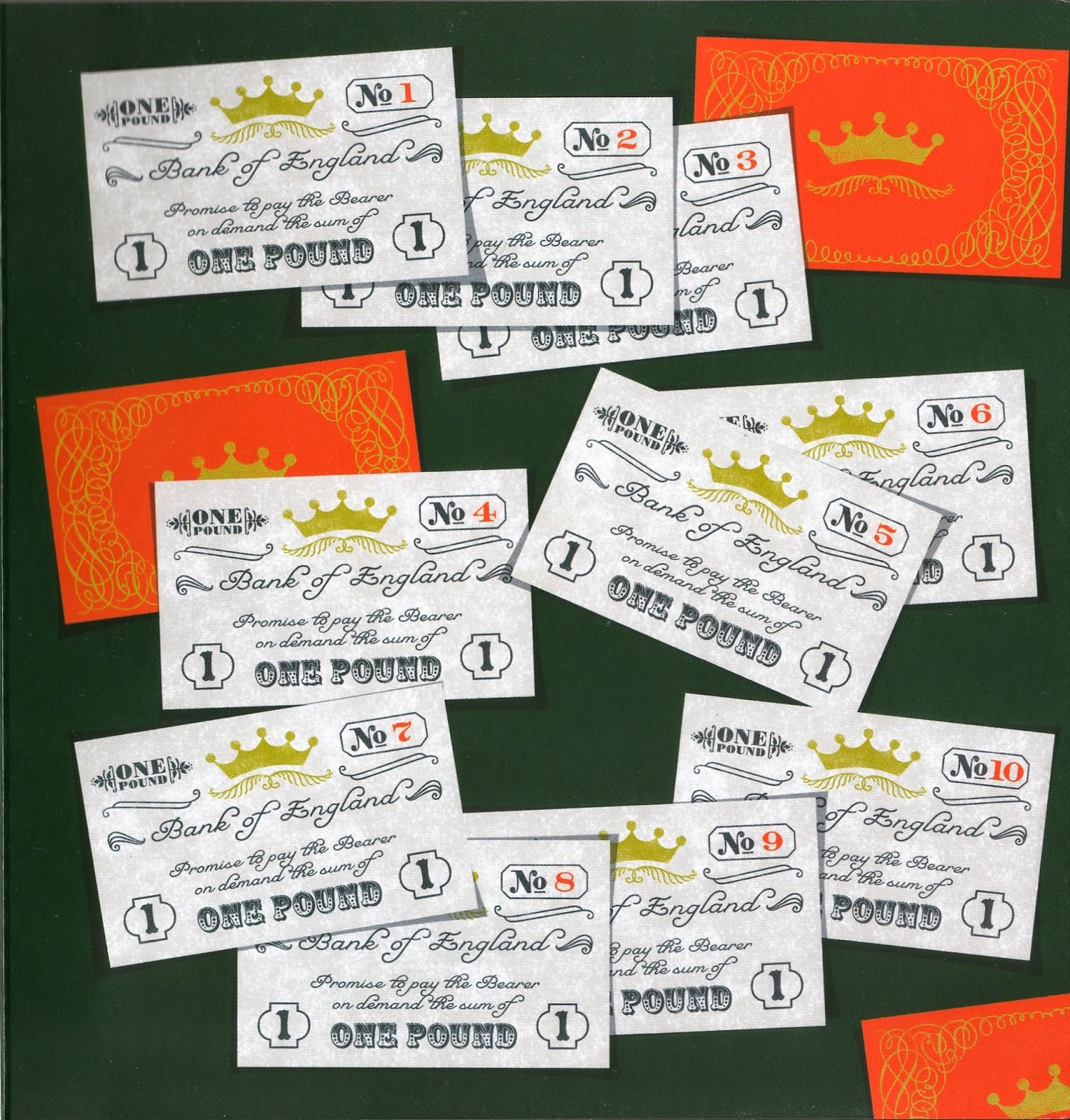 When I got to 10 the first time I read it, I laughed out loud.

Have I been bamboozled by the hip nerd feel of these books? Are they just as obnoxious as the other Cute for Grownups books I've eschewed over the years? They feel different in character to me, but I'm willing to hear an argument. What's your take on this genre?

Love, Annie
Posted by Annie at 9:58 PM No comments: