Well, it's happened. After holding the line for years against letting badly-written Disney princess books into my house, unless they come from the library and go right back there, I have finally succumbed. I blame Frozen.

I'm sure that in your work at the bookstore-inside-a-toystore, you're aware of the Frozen-mania that has gripped children ages 4-10 in recent months. Eleanor and Isabel went to see the movie last fall, soon after it came out, and retained an enormous number of lyrics from that single viewing. Then "Let it Go" became inescapable (have you seen it sung in 25 languages?), and Isabel became obsessed with Elsa, the powerful but emotionally-stunted snow queen who can shoot ice from her hands. She got Frozen dolls for Christmas, and is planning a full-family Frozen costume for Halloween. For several periods this winter, we had to address her as "Queen Elsa," or she wouldn't answer.

And then there are the books.

At Barnes & Noble right now, there's an entire Frozen section: Little Golden books, sticker books, junior novelizations, early readers -- the Random House/Disney site has two pages of them. Several of Isabel's friends have the early readers, and these thin little books with their flat writing have become the latest object of desire. Last week, I watched seven 4-year-olds abandon their picnicking and tree-climbing in the park to press around a mom reading a Frozen book. It's just as alluring as the ice cream truck: literary kid-crack.

So when Eleanor's school held a book fair, I went ahead and got Isabel the book she wanted: A Tale of Two Sisters . A little literary reference there in the title, eh? Don't get excited -- that's as good as it gets.

Here's where I'm torn: I love books. I love watching my children grow to love books. I want books to be objects of desire for them, want them to be excited about sharing books with their friends. I want Isabel to want to learn to read, and this reader is the first book that's made her willing to try to identify the words she's looking at. Sitting with Jeff a couple of nights ago, she read aloud every instance of the names "Anna" and "Elsa," and was able to read a few smaller sight words as well.

But oh, it is so badly written. There's no author listed -- in every way, it feels like a commercial product rather than a book. Each sentence goes out of its way to drain any sense of drama or life from the story: 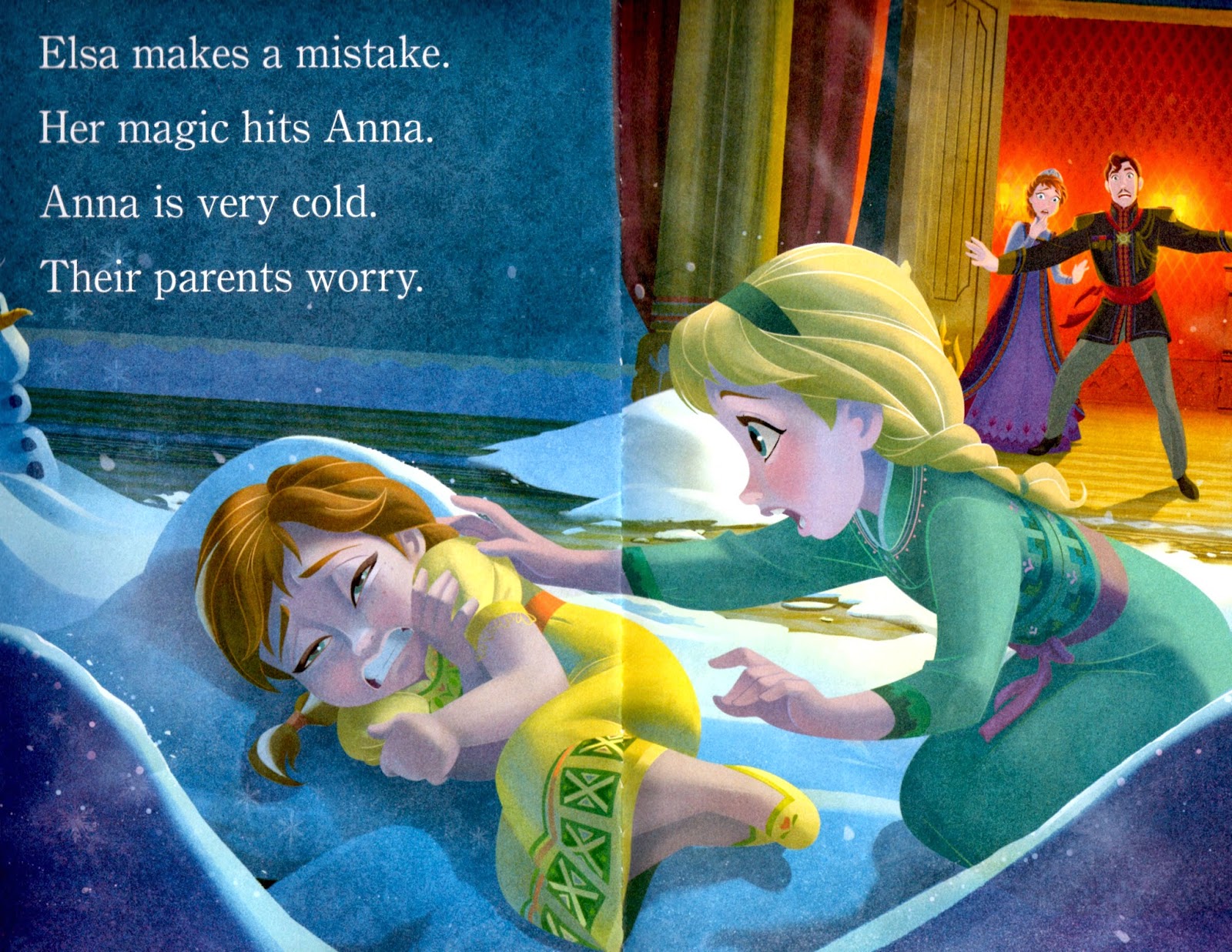 It's as if the publishing house believes that simple must equal boring, that there is no art to paring down a story and writing it in easy-to-read sentences. (I wonder as well whether some of these sentences are actually easy to read: the vocabulary in the book feels like it's hitting a variety of levels, including words like "kingdom," "search," and "listen.")

Would it really be so hard to do it better? Read a little Dr. Seuss, some classic Else Holmelund Minarik Little Bear, any of the amazing books we've touched on in our many posts on learning to read. I suppose that if the books are selling like crazy, there's no incentive for improvement, but I wish there were.

In the meantime, I'll focus on the positive message promoted at the end of A Tale of Two Sisters: 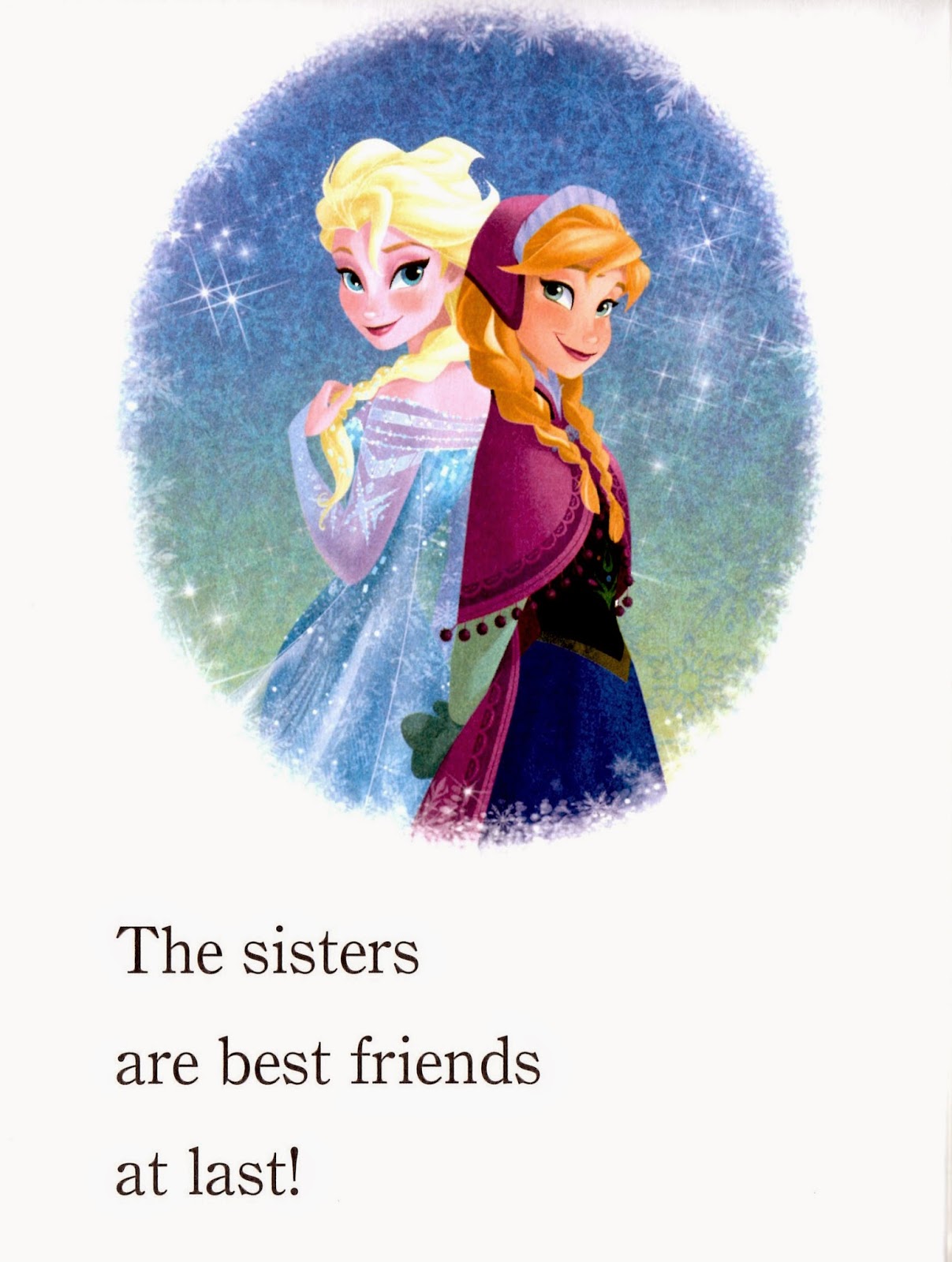 I'll take what I can get.

Email ThisBlogThis!Share to TwitterShare to FacebookShare to Pinterest
Labels: learning to read, princess