Day of the Pandas

Your family's discovery of graphic novels has made me start recommending them to a much wider variety of kids -- in age and interest -- than I have before.  I love it.   Rapunzel's Revenge, for instance, I've thought of as mostly a 4th-to-7th grade book.  But it clearly works for much younger, even the pre-reader.

I've been listening to a YA version of Rapunzel, part of a futuristic fairy tale series.  It's called Cress, and the imprisonment is in a satellite high above earth.  Rapunzel everywhere...

Enough of that: we have an excellent day with pandas to discuss.  Jon Muth, author of the Zen books, came to town with his family on Tuesday.  It was snowing when we went to the zoo -- Jon's wife Bonnie took pictures of him in front of snow-covered bamboo -- which meant that even after the zoo opened we were almost the only ones in the Panda House.  Bao Bao, the 6 month-old baby panda, slept in a non-visible corner the whole time we were there, alas, although we watched her some on the pandacam (it's only on in daytime: can become addictive).   But both of her parents, Mei Xiang and Tian Tian, were there and awake, only a few feet on the other side of the glass observation panel.  They were energetically chomping on bamboo and walking around.  Muth said he's seen pandas at zoos all over the world, but this was the closest he'd ever been to them.

So what does an artist do when faced with close-up live models? 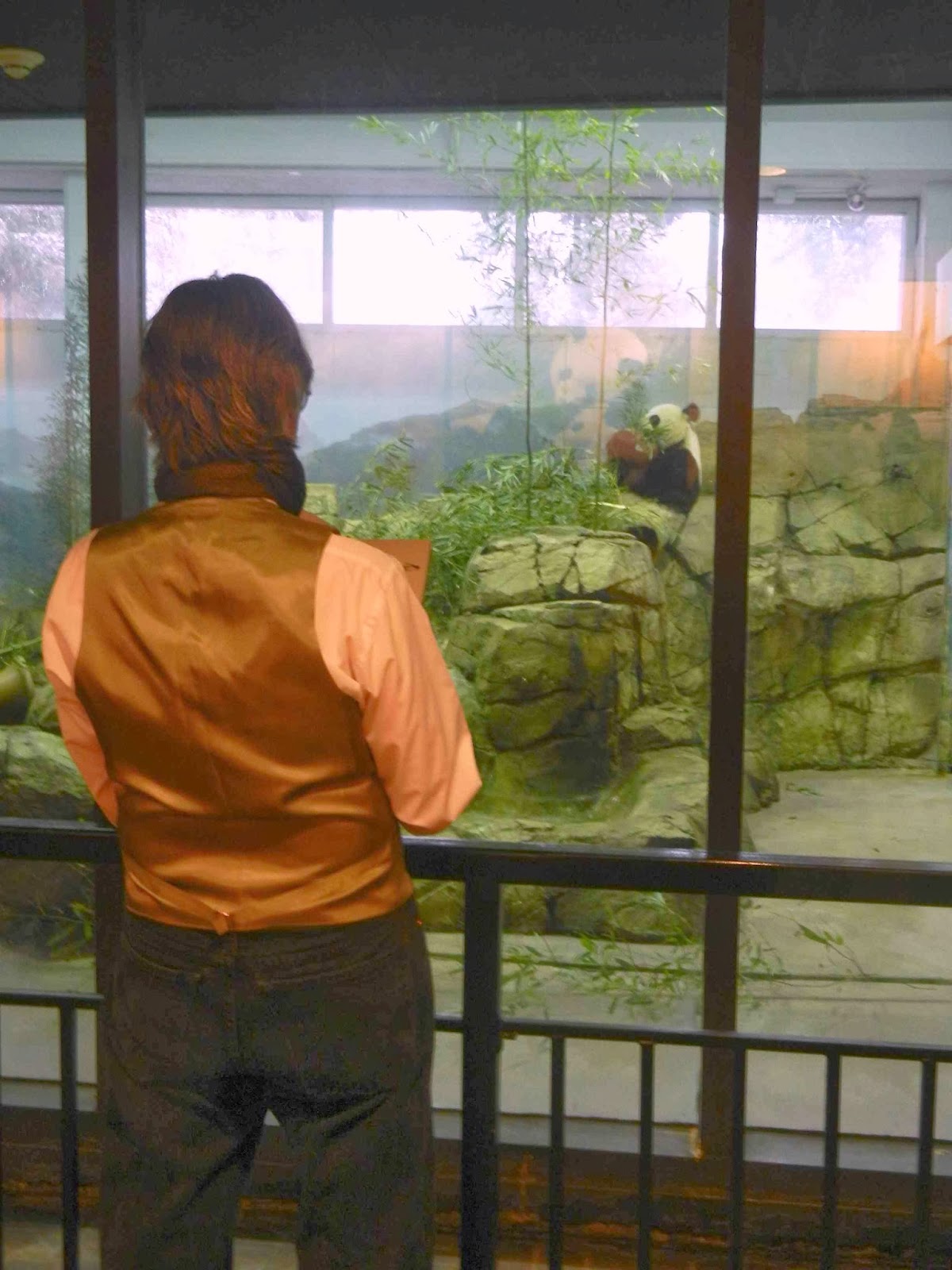 He pulls out a sketch book, something that looks like a Coke bottle filled with black ink, and a brush. 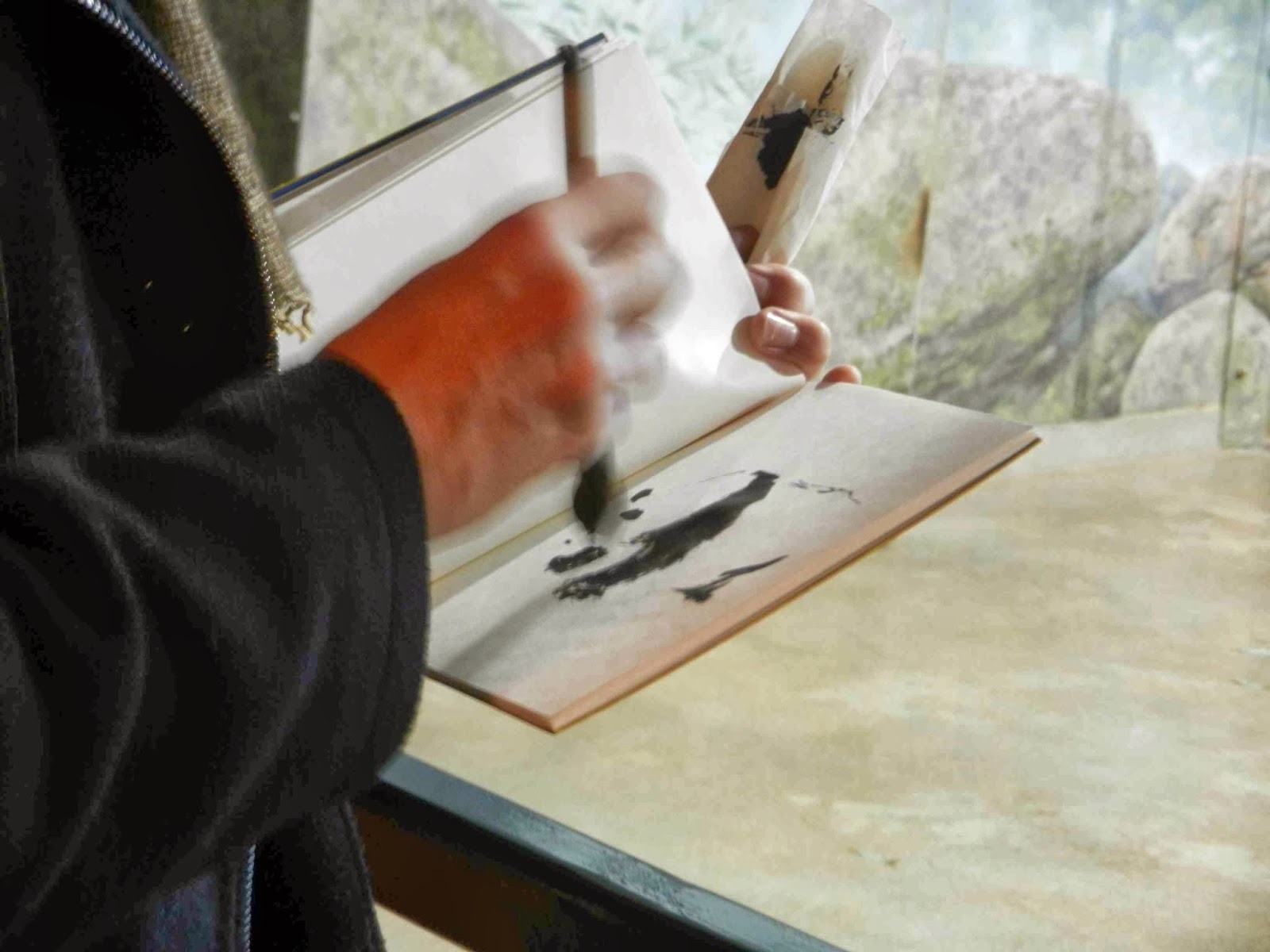 It was quite wonderful to watch.

His six year-old twins were there, incredibly articulate and involved: 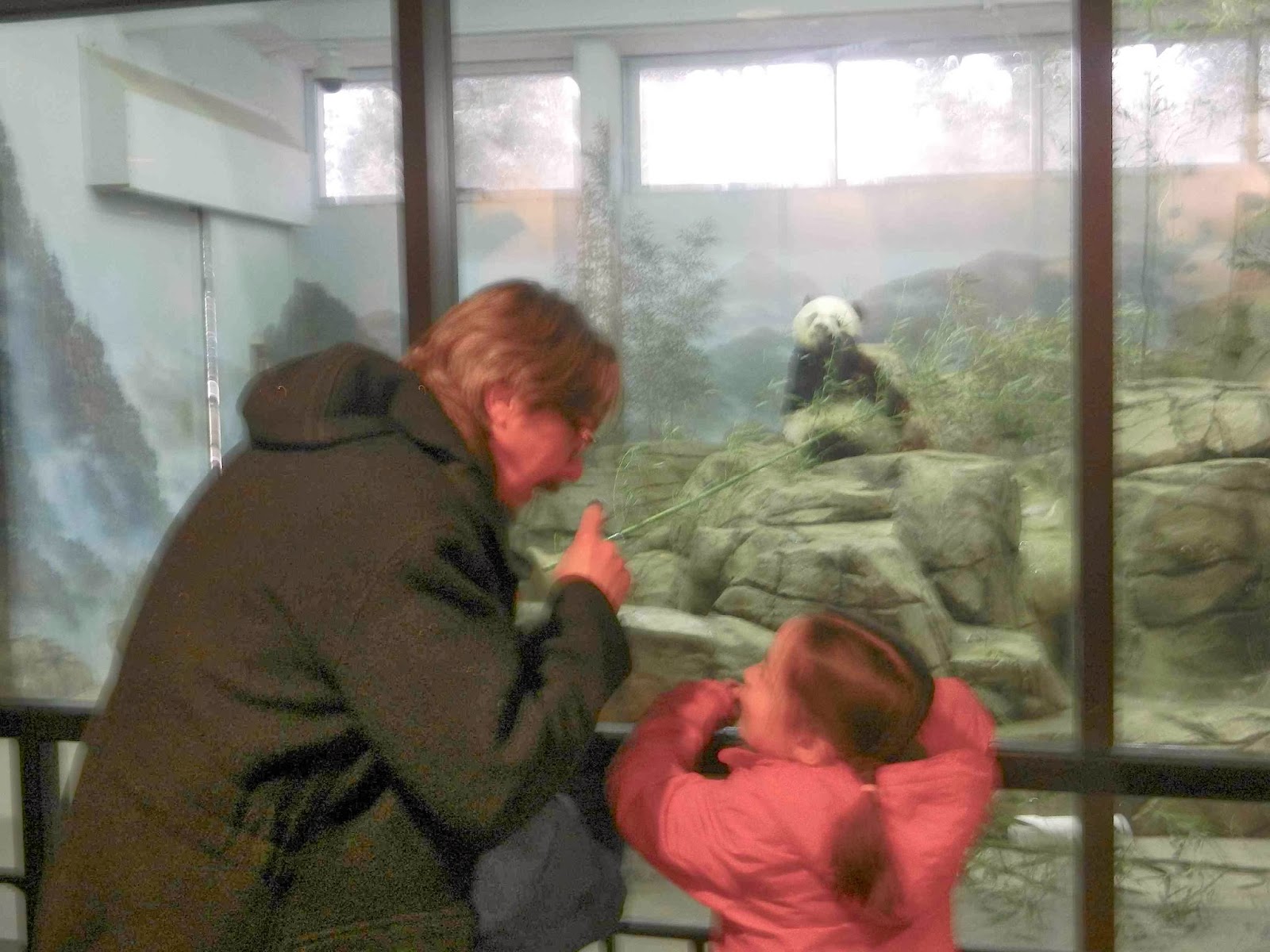 Not a great photo, but a very nice moment.

I learned later in the day, when Muth spoke to an assembly of early elementary school kids, that his children have been the models for all of his kids' books. 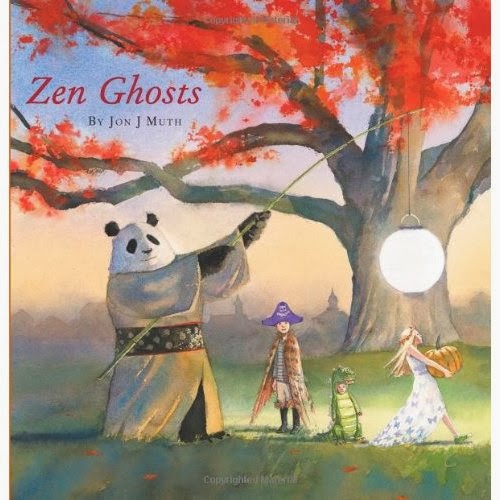 The two taller kids here in Zen Ghosts are his now college-age children.  Costumes, he told the school assembly, are central to play in the Muth household.

And six year-old Molly and Leo are the main humans in the new Hi, Koo!

Their mom told me that they came along on this first day of Jon's book tour, including to the school and his reading at our store, because she wanted them to understand the parts of their dad's job that don't take place in his studio at home.  They were pretty tuckered out by the time we got to his event at the store, although as you know, reserves of energy can emerge when faced with all those toys.

The reading was great, the kids who came were fascinated, and Muth did paintings both with and for them: 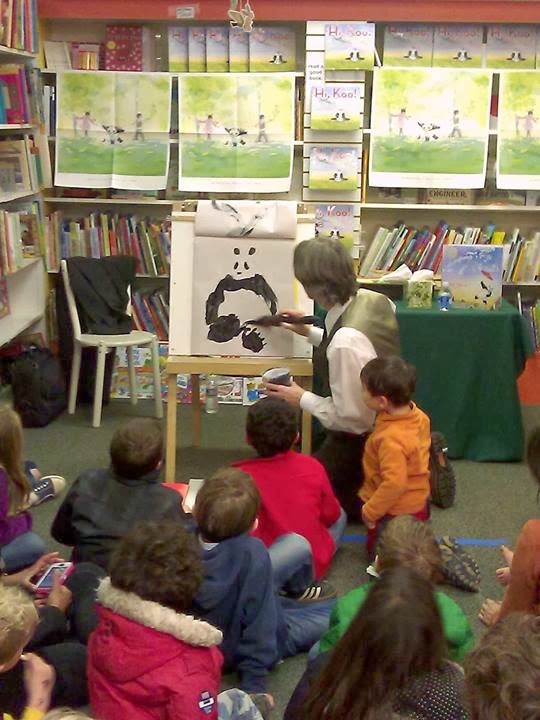 A good day all around.