Such a pleasure to hear from an editor/illustrator!   Jackie Morris mentioned in her comment that she's working on illustrating nursery rhymes: yesterday she posted some of those pictures.

I've been trying to catch up on books that might win the Newbery and Caldecott medals this year: always impossible to predict, but I keep trying...  They'll be announced on January 10.

I find myself with very mixed feelings about
As Easy as Falling Off the Face of the Earth, a middle-grade novel by Lynne Rae Perkins, who won a Newbery a few years ago for Criss Cross, a quiet but good novel.  I read so many novels written for kids that I sometimes don't register bad or mediocre writing -- I'm just charging along for plot, feeling mildly dissatisfied.  Then a book will come along which is qualitatively different, and my brain will scream, "Wow, good writing!"  That's how I felt getting into this one.  It's about Ry, a 15 year-old boy who gets off a broken-down train in the middle of nowhere in Montana to try for cell phone reception, and gets left behind when it unexpectedly starts up.  The book is full of eccentric adult characters, and ties several subplots together well.

With the help of a benign but opinionated man Ry meets in a small Montana town, he travels to his home in Wisconsin, then cross-country to Florida, flies in a homemade private plane to Puerto Rico, and sails from there to a remote Caribbean island where his parents (whose phone and credit cards have been stolen) are vacationing.  In the meantime, his grandfather (who has fallen on his head and lost his short-term memory) and dogs in Wisconsin have disappeared.  The dogs are a lovely, although occasionally confusing subplot: Perkins (who is also an illustrator) does them as an occasional page of graphic novel.  My scanner is still busted, but here's what the dogs look like: 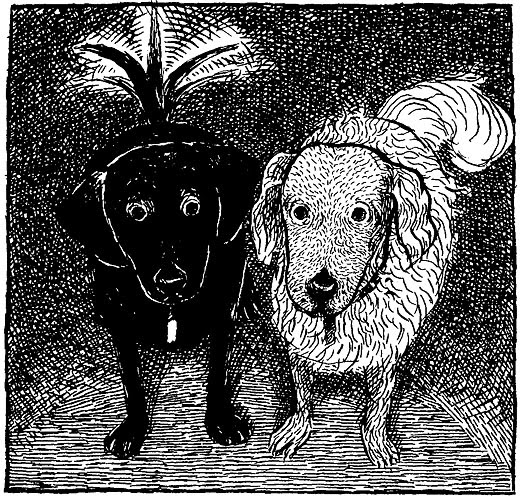 and here's part of their conversation when they realize they have no humans at their new home:

In the last panel they are heading down a long straight road.  They are, unsurprisingly, completely clueless, but end up being found and flown back home by the end of the book.

There's lots of riveting action: a charmingly hair-raising ride with a crazy old guy who can't see out of the stolen Oldsmobile he's speeding down a highway, the 15 year-old with a learner's permit driving through large freeway interchanges getting lost in the middle of the night, a ride in a plane that logically shouldn't be able to fly -- it goes on and on.

My problem is that the plot is, well, preposterous.  Somehow this 15 year-old kid and the adults around him don't think to go to the police to get help contacting his parents.  When police finally do show up when it becomes clear that Grandpa is missing, they don't question why this kid is traveling thousands of miles with an unrelated adult. The whole plot could have evaporated with one phone call.  It all hangs on such an unlikely premise.

I feel grinch-like grousing about this.  But there's so much likable in this book that I find myself more bothered by its big flaw than if it had just been an average book.  I keep thinking yes, I've had this sensation before: what other book was it?  and not coming up with it.  But you know what I mean?

Deborah
Posted by Deborah at 8:42 PM