Sutcliff on girls' books, boys' books and a great book

Matthew Swanson's review of Crabtree was delightful.   You posted it just a day or two after I'd unpacked Crabtree from a box of new titles, so it was especially exciting for me.  Thank you, Matthew -- come back and talk books again soon. 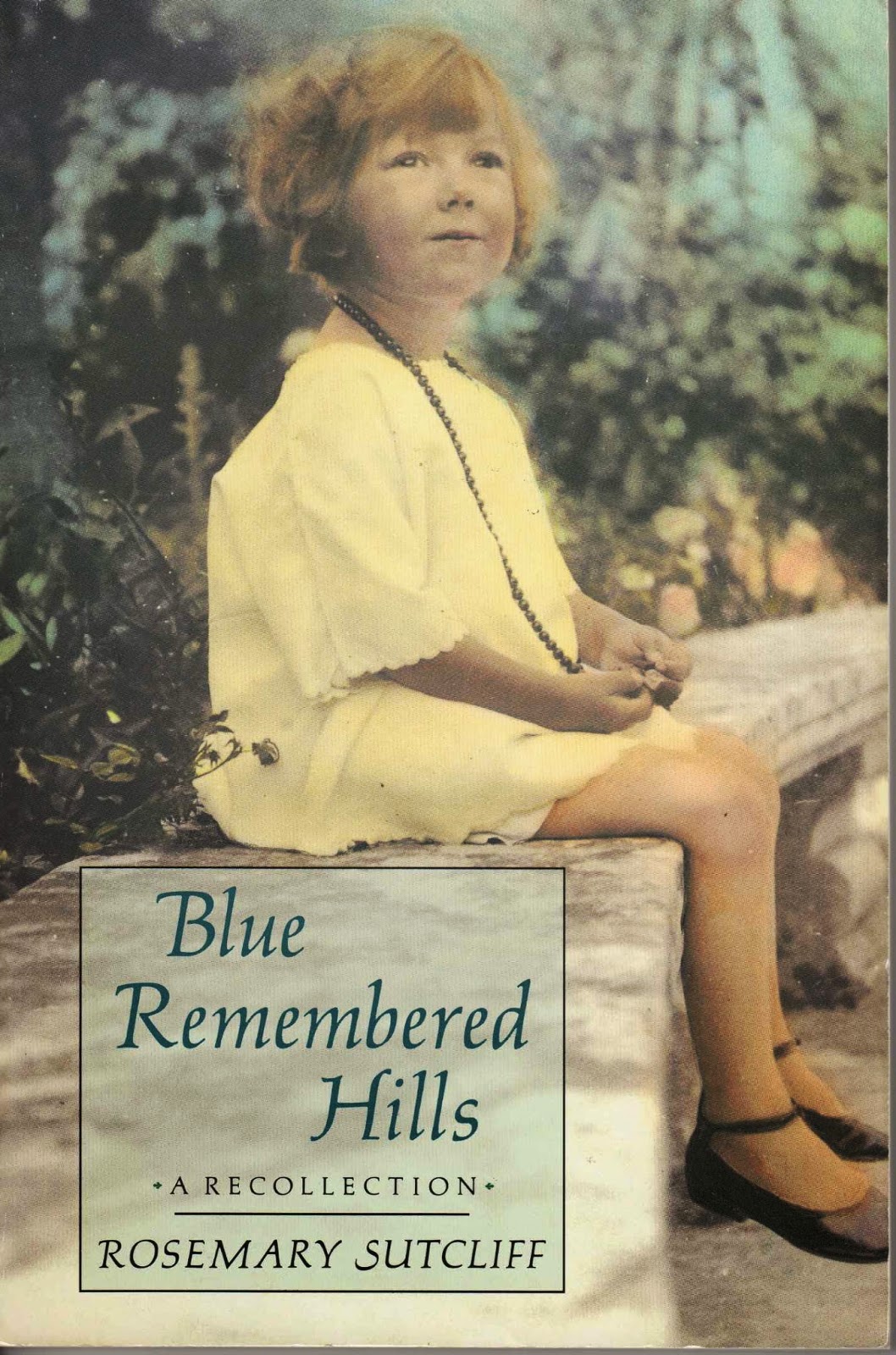 We're still immersed in Rosemary Sutcliff in this household.  Bob recently re-read her memoir, Blue Remembered Hills.
She had a rare form of juvenile arthritis which stunted her growth, kept her in pain for a good deal of her life, and led to long hospital stays and operations.   And of course in those days (she was born in 1920), parents were only occasionally permitted to visit their hospitalized children.

Hospital policies weren't the only attitude toward children that was different then.  There was the issue of books:

The rigid segregation of the sexes applied even to our reading matter.  We did not have a hospital library: we had two ward libraries, ours housed in a cupboard, the boys' piled on a large table in the corridor just outside their ward door.  When I was Up, and going to the physio department under my own steam, I used to pass it on my daily journeys to and fro; and how I envied the boys their library!  There was of course no money to buy books; we depended entirely upon the kind hearts of the general public, who unloaded onto us the unwanted books they found in their attics during spring-cleaning.  So, to start with, our books were those which somebody else didn't want; and as soon as they reached the hospital they were rigidly divided up; Boys' Library, Girls' Library, with anything that remotely resembled an adventure story going to the Boys'.  Unfortunately most of the books with any quality about them seemed to fall under this heading.  Passing the Boys' Library I used to eye with longing battered copies of Treasure Island, King Solomon's Mines or Tom Brown's Schooldays.  Our own library cupboard seemed to be entirely stocked with Victorian stories about little girls of great virtue who died young, generally of consumption, surrounded by grieving friends; or the American version of the same theme, which was even worse.  There was one about a little girl whose brutal father beat her for preaching total abstinence to the clientele of his public house.  She died of consumption, too.  It wasn't really much of an incentive to virtue.  There were a few books by Mrs. Ewing and Louisa M. Alcott, but they were very definitely the aristocracy of our bookshelves; and myself, I have never been an Alcott fan.

And then one day I found a book.

It was a book called

Emily of New Moon, about a little girl whose father died of consumption -- that made a change, to start with -- after which she was brought up by strict aunts in an old farmhouse somewhere in Canada.  A Canadian story, not an American one; but I barely registered that at the time.  What made it so different from other books of its kind I did not know, and I do not really know even now.  But for me it was magic.  I carried it off and kept it under my pillow or clutched to my bosom at bed-making time, and it seems as though I read it all that summer long, which can scarcely have been the fact; but I think I must have read it through, at first voraciously and then with slow and lingering delight, at least three times on the trot.  And it was summer. On fine summer nights the beds remained out on the concrete strip all night, and I used to read, half under the bedclothes to evade Night Nurse's eagle eye, until the last dregs of the light had drained away, and the first stars pricked out in a sky of witchball green; and from the barracks half a mile away, the bugles sounding Last Post had a magic in them, too, that turned them into the horns of Elfland, faintly blowing.

The Evening Star, and the bugles sounding across the misty fields in the summer dusk, and the book hidden under the bedclothes somehow entered into each other and became part of the same enchantment, while I followed spellbound Emily's adventures and misadventures, her fantasies and her budding relationships, and her first attempts to be a writer.  Was that the secret of the book's attraction?  No, I do not think so, my own first quickening in that direction was still around eight years away.  It was just magic, and magic is always an unaccountable thing.


Emily of New Moon is the first of a trilogy by L.M. Montgomery, author of Anne of Green Gables.  I remember reading it with my girls, and liking Emily even better than Anne.  For your future-reading list with Eleanor!

Deborah
Posted by Deborah at 7:07 PM