Beyond action and intrigue

I'm so glad you mentioned Brat Farrar. I'm quite fond of it.  Our 16 year-old in question had already read it.  He's definitely been wandering into more complex literature, away from the thrillers.  Books he's read recently include: 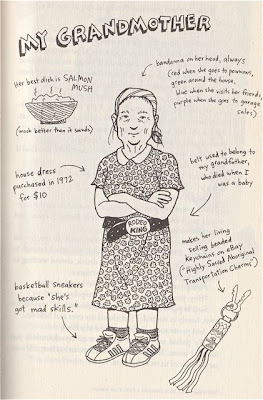 (Click on illustration to be able to read it.)

So why doesn't anyone worship water?

The story of this boy who went from resisting reading to thrillers to much better-written novels with complex realistic characters added a new chapter the other day in the store.  His mother and I discussed many different books, but the one that caught her eye -- and she's been reading his changing taste for some years now -- was The Knife of Never Letting Go, the first in the Chaos Walking trilogy about which you and I have both written.  It's extremely well-written science fiction.  It fits in the progression this young man is going through into more complex language and plots, but for him, as for the characters in the book, it's a whole new world.  An excellent reminder that there's so much to discover out there, especially when you're a book-hungry 16 year-old.  I hope they come back to visit again next year.

Deborah
Posted by Deborah at 10:54 PM